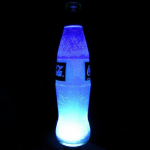 This section is dedicated to keeping track of characters that I develop on this wiki as I develop them, telling you their name and a brief description of them. If the description compels you, have a go and read their entries. So far I have completed six, but I will continually create more as inspiration strikes me and when I have the time to write them out.

Retrieved from "https://ccfalloutroleplaying.fandom.com/wiki/User:Kastera1000-fduser?oldid=8091"
Community content is available under CC-BY-SA unless otherwise noted.