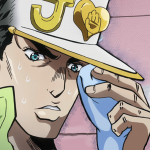 A User edition other users pages without their permission Edit

I'm not sure if edition someones stuff without their permission is againts the rules but this new user user:Raniero R has been editing everyones creations even the ones that have templates that say to ask them for permission. I don't like people editing things that I put time and care into without my permission.

Can you enable message walls in WikiLabs so we can talk like modern people. !=That guy who is editing in good faith of the wiki and is being told on about nothing, for nothing.

I Am sorry about all this it was my fault I was just a bit over defensive (and I don't know why) of other users pages and mine but me and Raniero settled it there was no vandalism involved just making things look better and correcting words that got spelled wrong.

I Have been thinking about this for a while and now I am here to ask for Moderator or Administrator cause I am not sure if this wiki has a mod rank cause there are none. I Would use these rights to watch over the wiki or chat from vandals I come around here quite often (about 1 to 4 times a day) to check what's going on and I just want to do more for the wiki as it makes it's slow assent to being more active.

Hello, it's been my habit to put up links to the other Fallout fanon pages that pop up on the front page of Tranquility Lane. You guys are doing something different, but I'd like to put up a link anyways if that's cool. Some wikis want to keep a lower profile though, so I figured I'd ask first.--OvaltinePatrol (talk) 01:59, April 22, 2014 (UTC)

Hey Chris, I would like to include perks on a character page, but there are a lot so it would unattractively take up a lot of space. I tried using Help:Collapsing on Wikipedia to place an expandable box in an infobox, but it didn't work. I was wondering if you could copy the code from Template:Collapsible content on Nukapedia and make a collapsible content template here. It should be O.K. since this wiki and Nukapedia are affiliates, but I figured I should ask an admin here to do it. --Kastera (talk) 19:43, April 23, 2014 (UTC)

Hey Chris, I was wondering if I could alter Template:Infobox character? People haven't been using it because it doesn't contain any parameters that they want to use, so they've been resorting to the base infobox template. I've attempted to remedy this, and you can see an example of what I want it to look like in my sandbox. (If you have suggestions on something that should be there that I missed, tell me.) --Kastera (talk) 04:42, May 18, 2014 (UTC)

Appreciate it buddy, yeah that seems to have helped a whole hell of a lot. Maybe I can manage from here hopefully.

Hey Chris, this Steve, just wanted to bring up a little thing that would help the forum move much smoother. I've linked the RWBY Fanon before and they have the type of forum that uses the text box reply.

I for one find it easier to post and keep track of who posts with that system. Also, it makes it easier to leave messages like this. With the whole "tilde signature", well it's not easy to determine who it is, like this:

Just a little thing that will make the wiki run smoother, so consider this.

Another RP Forum Board thingEdit

That goes without going into too much detail, but if there could be an official forum board and policy, a friend I'm RPing with and I are about to get into a pretty heated ship with our OCs, and I need a sort of go ahead so problems are not made with any decisions that may come from that ship.

Whatever helps would be awesome.

UPDATE: I finally looked at the 18+ board itself and realized that there is a bit of confusion.

The point of the board is for sexual, gory, and other especially elicit content in an RP scenario. Some of those themes can be in a normal RP, but the explicit details go in the 18+ board.

Sorry, I should have been a bit more clear on that.

Hey Chris, I was wondering if there are any parameters that are involved in choosing the featured article slideshow on the main page (the slideshow that currently features FEV-III and the Wasenshi) or is it just random? I only bring this up because FEV-III and the Wasenshi have been there for 16 months and the amount of content on this wiki has grown considerably in that time. --Kastera (talk) 19:24, December 12, 2014 (UTC)

I think what I'll do is a monthly "raffle" of some category, like characters or locations or whatever, then use a number generator to randomly pick three-ish articles and determine if they're good enough to feature on the main page, consulting with other admins on their choices. --Kastera (talk) 20:45, December 12, 2014 (UTC)

I've decided to instead just use the 'random article' button and came up with five good choices, listed below in the collapsed column. Tell me which three (3) you would like to see most to replace the current slideshow. I've asked the other admins to vote and a tiered point system (3 points for first choice, 2 points for send and 1 point for third) will decide what gets to be featured for about two-ish weeks. --Kastera (talk) 04:44, December 21, 2014 (UTC)

So, i was just on the fanon wiki, and i'm gonna add my own vault page there, can i also add it here, i'm just cautious because i made a huge mistake in another RP wiki in a result of a ban, so just asking, can i add a page to her from the Fallout Fanon wiki that is owned by me, and can i create a character.

Hey, I haven't been here much recently, but the owner of a wiki I am currently on has created a RP wiki central, mostly meant to link the wikis together, but they are having an OC creating competition and I thought you would like the wiki to join the network, so here's the link(s)

You should leave a message to join the network, Edge should let you

Questions for ya Edit

I'm kinda new to this roleplaying wiki, and I just have a couple of questions if that's ok?

1) I'm trying to upload a picture for my character 'The Lone Wanderer' and even though i've made sure that the picture is the right amount of pixels etc. it just won't show and always has either a green jigsaw piece...or just a piece of text that says 250px. Am I doing something wrong? or is just me being stupid?

2) Even though i've published my character 'The Lone Wanderer' he doesn't show up on the character list? I get that he's a work in progress...but I still don't get why this is the case?

Any help would be greatly appreciated,

Thanks and kind regards,

Retrieved from "https://ccfalloutroleplaying.fandom.com/wiki/User_talk:Chris_the_Saiyan?oldid=32903"
Community content is available under CC-BY-SA unless otherwise noted.