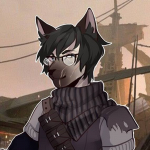 I am sending you this telegraph in regards to my apparent chat ban. Today at approximately sundown in the Northwestern hemisphere, I logged into my teleprompter and I seen a sight before my eyes. The chat told me I was banned for 120 minutes. I couldn't believe the sight before my eyes. Not only did my teleprompter stop working afterwords, but my Wright Flyer would no longer send electronic signals through the pro-Gestapo Red Orchestra. I have no way to flush my outhouse now, and I have to take a mad shit at the moment. Einstein is getting impatient now, because the teleprompter won't let him access the Wright Flyer's B-29 data. All of this because of a chat ban I had no idea occurred. I have no idea if my teleprompter had a malfunction in the combustion chamber or what, so this is why I am sending you this telegraph. I would like for you to find out the source of my ban and its prolonged duration. Thank you for your time. Hawk da Barber 2012 - BSHU Graduate 01:33, March 14, 2013 (UTC)

Since you have yet to respond to my telegraph, I assume you would enjoy a quick story to entertain you while you think of a response.

there once was a black wolf who roamed the alaskan jungle he was a loan wolf who decided that he was better off hunting by himself one day he rolled onto a herd of gooses he stalked his pray until he was within mere miles of them being black, his coat blended very nicely along the horizon the hole herd of gooses won day vanished into the sky not knowing what to do the loan black wolf trekked on into the bitter hurricane in the alaskan jungle being 50 above 0 the wolf found the gooses drinking from a puddle a mere 20 miles across then wolf did what he then does best mulated the geese one by won once he had his fill of gooses he ran into the knight

How do you like the new Known Enclave Locations pic on the Resurgence article? :)

I would appreciate some help. I am trying to write a character for the roleplay and I would like to use the character templates they use to describe statistics like Race and tagged skills. It's like thse over at Fallout Wiki for characters like Benny. If I can't use that, are there any tips you can give me on the roleplay writing?

Would you mind if I made Salizar's NCR career similar to Ryan Vickers and Eric Anderson's? The characters who left the NCR Military after the events of Bitter Springs. They would have been comrades-in-arms and eventually split when Sal only discharged from 1st Recon. Any objections with reasons? --Nǝro 13:10, March 14, 2014 (UTC)

Hey there Kaz. Saw your most recent version of your character page, and I must say, I love how you've integrated some of my fanon into your own. The parallels and lines you've drawn out are really humbling and interesting, and I thank you for that. I'd really like to see the recognition of others' fanon in new fanon if it can be made to work, and you've proven it can be done and done well.

Keep up the good work my friend.

Oh yes, and I almost forgot, I'm still in love with your screenshot'ing skills. Stay classy on that as well. :P

Retrieved from "https://ccfalloutroleplaying.fandom.com/wiki/User_talk:Kazakevich?oldid=22631"
Community content is available under CC-BY-SA unless otherwise noted.